by Slow Down Molasses 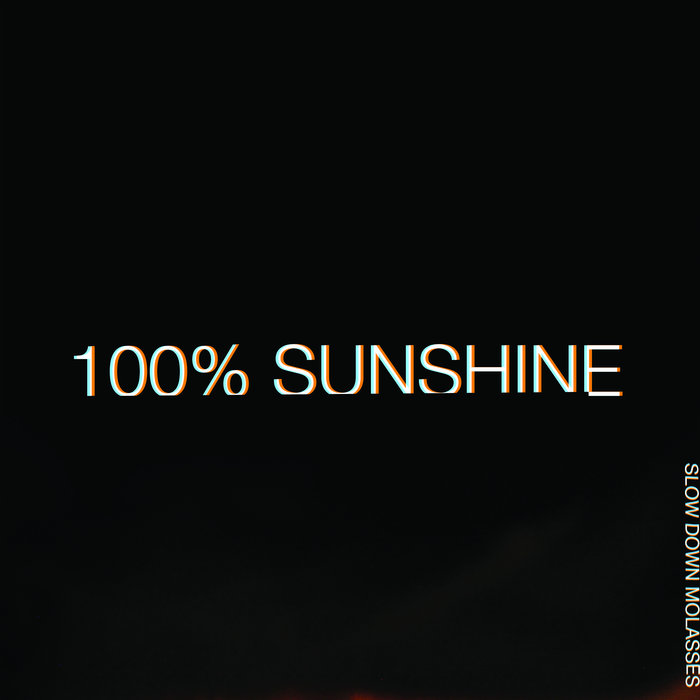 Lorenzo Easily one of the best albums of 2016, and probably the best by a Canadian band.

A startlingly good amalgamation of shoegaze with indie rock that never fades with repeated listens. There is glimmers of light in a album dredging through the feelings of loneliness and dread. The growth of the band from past albums makes it all the more intriguing.

You Made Me A Ghost is absolutely beautiful and stunning, and strikes all the needs someone will ever need for shoegaze.

Superlatives are warranted. Favorite track: You Made Me A Ghost.

The music of Slow Down Molasses reflects the aesthetic, environment and paradoxes of life in Saskatchewan. Summers on the Canadian prairies are glorious and bright. In June the sunsets linger for hours – as late as 11pm one can still see a patch of blue sky to the northwest, as if the land is clinging to the last vestiges of a glorious day, stubbornly reluctant to let the summer end. And when total darkness hits, it’s only four hours until the sun peers over the eastern horizon once again.

The prairies make for an environment of extremes: winters are as unforgiving and dark as summers are optimistic and bright, and that bipolar nature heavily informs the band’s new album. The irony of its title, 100% Sunshine, quickly becomes apparent as the Saskatoon five-piece tackles the idealisation of success, what society deems a “normal” life, and the spectre of depression lurking underneath a quixotic façade. Is the pursuit of a dream amidst growing responsibility at home worth it in the end?

In past years Slow Down Molasses felt more like a loose collective than a band, with various friends and peers chipping in to help bring singer/guitarist Tyson McShane’s musical vision to life. That has changed with 100% Sunshine, as the musicians who toured behind 2015’s Burnt Black Cars also play on the new record (McShane is joined by drummer Jordan Kurtz, bassist Chris Morin, guitarist/keyboardist Aaron Scholz, guitarist Levi Soulodre and keyboardist/singer Jeanette Stewart). With the chemistry that comes from extensive touring, Slow Down Molasses are a tighter unit than ever, which in turn lends a sense of urgency to the new music. It’s as if the contrast in the band’s sonic portrait has been tweaked: the whites are brighter, the blacks denser.

Produced by Chad Munson and mixed in Glasgow by Tony Doogan (best known for his work with Mogwai and Belle & Sebastian), 100% Sunshine channels the bleaker side of indie rock, evoking shoegaze, dream-pop, psychedelic rock and darkwave at once. “Moon Queen” is a superblast of searing noise in true early-1990s form, contagious four-on-the- floor rock’n’roll underscored by waves of drone and feedback. Underneath the seeming effervescence is crippling melancholy, as McShane drawls, “I do not believe that we share the same dream / As you’re flying high and I’m sitting here, just burning out.”

The rampaging “New Release” weaves heavy rock, shoegaze and gothic elements skilfully, coming across as a mix of the Cure’s “A Forest” and Swervedriver’s “Last Train to Satansville”, the two sides creating a dynamic give-and- take hinting at inner conflict. “Levitation Sickness” hearkens back to the glory days of 1990s indie rock, its massive layers of guitars reminiscent of Dinosaur Jr., Sugar and Sebadoh. The Slint-esque “No Riots” and the post-punk flavoured “Ghosts & Vodka” date back nearly two decades, a constant presence in McShane’s songwriting arsenal yet only now finding the arrangements – and musicians – to make the tracks work on record. As the Rachel Goswell to McShane’s Neil Halstead, Stewart helps bring the album to a sublime denouement on the fittingly Slowdive-esque “You Made Me a Ghost”, her gentle, heavily reverbed, barely comprehensible singing giving the song an air of mystery and ethereality.

100% Sunshine reflects the sense of fatalism, lurking under the friendly smiles, that is such a strong part of prairie life. Have fun at the family get-together, but stack that buffet plate because you never know when you’ll eat this well again. Enjoy the hell out of the football team’s win, because you know they’re going to lose badly next week. Savour the sunshine, but you’d better hope it doesn’t last, because you don’t want a drought. Slow Down Molasses deal with that paradox to beautiful effect as they navigate the bumpy road between the restlessness of youth and the threat of middle-age complacency. No, everything is not fine, and we are not all okay. But that’s what music is for: to provide escapism, introspection, reflection and ultimately liberation.

I’m giving up on youth
As taken for granted, that I won’t ever be
Torn from the times that would always bring me back taken out again, as we’ve always been

Bandcamp Daily  your guide to the world of Bandcamp

Featuring appearances from Kari Faux, Bluestaeb and and interview with NY-bred artist Wiki